Directors of Tax Chambers, while issuing, under the Tax Ordinance and on behalf of the Ministry of Finance, individual tax interpretation statements, have changed their position concerning the system of classification of creators’ and art performers’ incomes generated within the framework of their business activity under the copyrights and neighbouring rights held. Until 2013, it was deemed that non-agricultural business activity, which is named in article 10 section 1 of the Act on Personal Income Tax (hereinafter referred to as “the Act”) constitutes a source of such income. For the sake of illustration, the individual interpretation by the Director of the Tax Chamber in Bydgoszcz, dated 23 October 2012 (ITPB1/415-877/12/MR) may be referred to, which reads that “subject to the provisions of the Tax Law, it is necessary to accept that when a natural person running a business activity, within the scope as indicated in the motion, shall obtain performance-related royalties, the income thus generated shall be classified as a source referred to in article 10 section 1 of the Act, i.e. as an income from a non-agricultural business activity”.

In 2013, some individual tax interpretation statements were issued, according to which disposal of proprietary rights (article 10 section 1 point 7 of the Act) is a source of the same income (from disposal of proprietary copyrights). So was held for instance by the Director of the Tax Chamber in Poznań in the interpretation statement dated 2 December 2013 (ILPB1/415-996/13-4/AP), considering a motion for performance-related royalties interpretation. The tax authority referred to the definition of business activity or non-agricultural business activity contained in article 5a point 6 of the Act, which enumerates the following profit-making activities:

The Authorities claimed that the above-quoted definition unambiguously holds that when the Act classifies a given income as sourced from other than non-agricultural business activity, such income is classified as an income from that source and not from a non-agricultural business activity, irrespective of whether the occurrence generating that income is or not related to the business activity run. Such exemption covers, among others, incomes generated from proprietary rights, as referred to in article 10 section 1 point 7, i.e. incomes from copyrights and neighbouring rights, rights to inventive designs, typography of integrated circuits, trademarks and design patents, including disposal of such rights for profit. The ruling in question is noteworthy for it supports a minority position. The District Court did not carry out extensive investigations in that respect, which implies a conclusion that the Court applied the literal understanding of the provision. The Court referred to my opinions conveyed in the article entitled “Making a Work Publicly Available on the Internet” published in the Commercial Law Review (Przeglad Prawa Handlowego) No. 3/2009.

It may be assumed that the above mentioned interpretations prove that tax authorities do change their position with respect to tax liability on incomes from creators’ using copyrights and art performers’ using neighbouring rights obtained while pursuing their business activity. It is hard to predict whether administrative courts will share this new interpretation.

Practitioners running a business activity who pay out a consideration in connection with rights acquisition – even from a creator (art performer) running a business activity – are obliged as taxpayers to withhold an advance income tax payment. Given the fact that the 50% tax-deductible expense rate is capped, the taxpayer should each time require that the creator (art performer) make a statement on the income generated, as referred to in article 22 section 9 points 1-3, i.e. from: 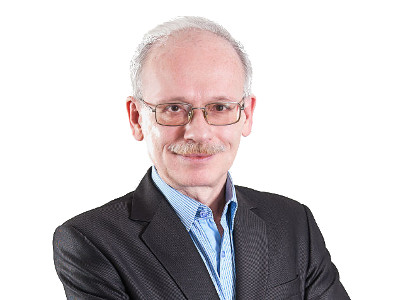 Business activity in the place of residence and propert tax

Amendment of the Act on Value Added Tax