On April 30th, 2020, thhe Parliament adopted a draft Anti-Crisis Act 3.0, which is an amendment to the provisions of the law currently in force. The draft contains further provisions on the obligation to pay social security contributions (we have written about exemptions from paying contributions introduced in previous post on our website).

This time, the Government’s project aims to increase the group of entities that would be covered by the possibility of obtaining a discount in the payment of contributions, therefore, provisions were introduced for self-employed entities paying contributions only for themselves. The exemption would concern the obligation to pay unpaid contributions for compulsory social insurance (retirement and disability pensions and accident insurance), for voluntary sickness insurance, health insurance, the Labor Fund and the Solidarity Fund.

According to the project (print no. 106), a person who is an entrepreneur running a non-agricultural business activity may apply for exemption from paying social security contributions provided that he or she was running a business activity before 1 April 2020, and furthermore:

The exemption would also cover entrepreneurs defined in Article 18(1) of the Act of 6 March 2018. – The right of entrepreneurs* who conducted business activity before 1 April 2020 and income from that activity obtained in the first month for which the application is submitted:

Importantly, the planned changes are to give the opportunity to receive exemption from the payment of contributions only in the period from April 1, 2020 to May 31, 2020, so only for two months, and not as it was until now for 3 months.

The Act is currently being processed by the Senate.

* According to art. 18 par. 1 of the Act – Law of Entrepreneurs – an entrepreneur is a natural person who takes up a business activity for the first time or takes it up again after the lapse of at least 60 months from the date of its last suspension or termination and does not perform it for the benefit of a former employer, for the benefit of whom, before the day of starting the business activity in the current or previous calendar year, he performed activities included in the scope of his business activity under an employment relationship or a cooperative employment relationship, is not subject to obligatory social insurance for a period of 6 months from the day of starting the activity. 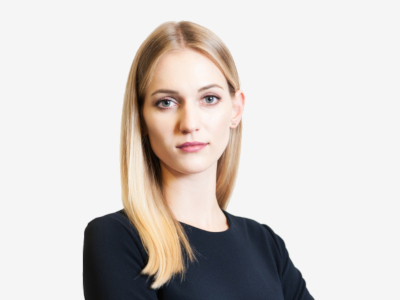 Exemption From Social Security Contribution Due to Coronavirus

Amendments to the Act on Loan Redemption for Micro-Enterprises