On 23 August 2013, an amendment to the Labour Code was brought into force concerning working time. According to its provisions, in any working time mode, the standard settlement period may be extended up to 12 months if certain conditions are fulfilled as determined in the Labour Code. Until then, the standard settlement period did not exceed 4 months. By way of exception, in agriculture and husbandry, as well as in property and human security guarding, a settlement period of up to 6 months might be implemented, which – if additionally justified with atypical organizational or technical conditions having influence on the course of the work process – might be further extended to no longer than 12 months. However, with the reservation that extension of the settlement period was not admissible e.g. in the flexible and round-the-clock working time modes, as well as in the case of work which might not be stopped due to the necessity to constantly satisfy the needs of the general public. Reasons justifying settlement period extension must be:

For the settlement period to be extended, meeting one of the above-indicated conditions is sufficient. At the same time, the general principles of health and safety at work must be observed. Attention! The possibility of applying an extended settlement period does not then mean liberty of its implementation. It is note worthy that the regulation adopted into the Labour Code is an exact copy of article 9 of the so-called Anti-crisis Act, i.e. the Act dated 1 July 2009 on Mitigating Economic Crisis Consequences for Employees and Entrepreneurs (Official Journal of Laws 2009.125.1035), with the following wording: Art. 9.1 If justified by objective or technological reasons, or such related to working time organization, the settlement period may be extended, however, no longer than up to 12 months, with the general health and safety at work principles being observed. The possibility of extending the settlement period has evoked varied response. Nevertheless, it is worth noting that the very possibility is provided for in article 19 of Directive No. 2003/88/WE of the European Parliament and Council dated 4 November 2003 concerning some aspects of working time organization, which stipulates as follows: “However, the Member States are entitled to choose, subject to compliance with the general principles related to health and safety at work, to grant consent, for objective or technological reasons, or such related to working time organization, for collective labour agreements or understandings concluded between social partners in order to establish settlement periods, whose duration under no circumstances should exceed the 12-month limit. Attention! Extension of the settlement period takes place by way of a collective labour agreement or in consultation with the trade union organisations established at the enterprise. In the event that there are no trade unions operating at a given employer, an understanding is executed with employees’ representatives in compliance with the procedure adopted at the employer’s enterprise. The employer further forwards a copy of the understanding on settlement period extension to the relevant regional labour inspector within 5 working days from the understanding execution. Employer’s benefits from settlement period extension primarily consist in the possibility of having the employees’ working time more rationally utilized when the employer is not able to precisely estimate the demand for the services or goods offered in a given time of the enterprise’s operation. Thanks to such extension, the employer will be able to adjust the number of working hours done by an employee to the actual demand. There will also be a longer period of time left within which to propose to the employee time off work, instead of pay, in lieu of the overtime done. Remember! Are you an employer who wants to implement an extended settlement period? 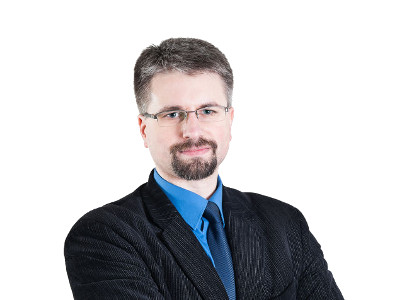 An amendment to the act on land registration and mortgage